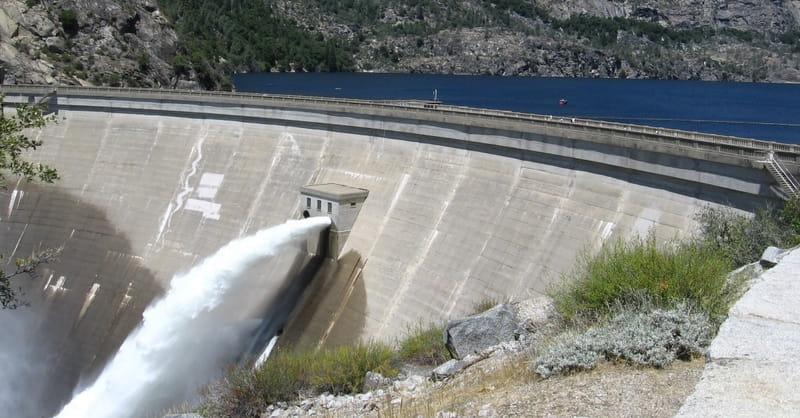 About 188,000 people were told to evacuate Sunday ahead of an eroding emergency spillway at a California dam.

The evacuation order came after engineers found a hole was eroding near the top of Lake Oroville’s emergency spillway. On Monday, the California Department of Water Resources officials said water levels at the Oroville Dam were falling.

More rain is predicted to fall this week, which could also add more pressure to the dam and spillway.

If the erosion causes failure at the emergency spillway, there would be an uncontrolled release of water from Lake Oroville, the California Department of Water Resources said. That waterflow could cause massive flooding.

Officials are planning to plug the hole in the spillway by dropping rocks into the erosion site, while the California Department of Water Resources said it was planning to release as much as 100,000 cubic feet per second of water from the main spillway to try to drain the lake.

The cities of Oroville, Gridley, Marysville, Live Oak, Wheatland, Plumas Lake, Yuba City and Olivehurst were all part of the evacuation order.

"The police came and told us to evacuate," said Kaysi Levias, who was with her husband, Greg, at a gas station as they attempted to get out.