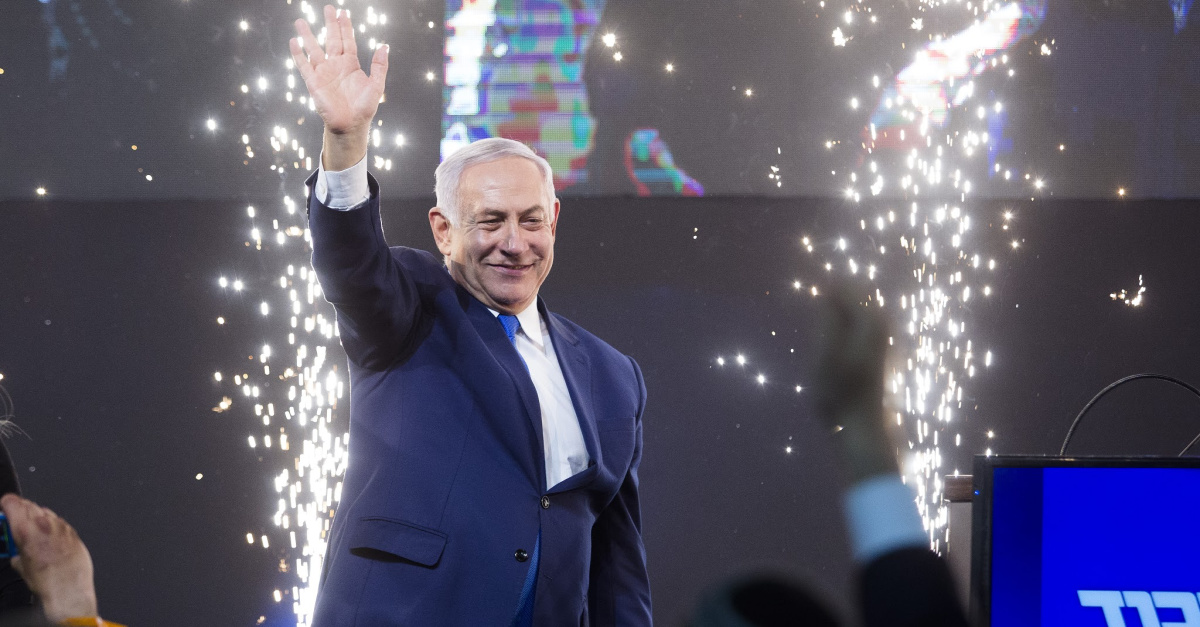 “It's a win against all odds because we stood up against powerful forces. They already eulogized us. Our enemies said, ‘The Netanyahu era is over.’ But we turned the plate on its head,” Netanyahu said before a crowd of supporters, adding that it is “the biggest win of my life.”

Netanyahu now needs 61 seats in Israel’s Knesset to form a majority government. Netanyahu is on track to earn at least 59, according to CBN News. Gantz may only earn 32 seats.

Political experts predicted that Netanyahu and Gantz would be neck in neck in the race, many even believed Israel would have to undergo a fourth election for the Prime Minister position.

According to CBN News, despite initially appearing to have received fewer votes, Gantz wait until every vote is counted before conceding.

“We created something called Blue and White. We merged our documents and principles to one place and I am telling you that we won't compromise on our principles and our way,” Gantz said Monday night.

As Christian Headlines previously reported, Monday’s election was an unprecedented third election for prime minister in a year. In the past two elections, the winner has been unable to form a majority government.

CBN News reports that Israel was forced into a third election after the winning candidate was unable to form a unity government in Israel’s 120-seat Knesset.

Previously, both current Prime Minister Benjamin Netanyahu and challenger Benny Gantz have been unable to form a government by the deadlines.