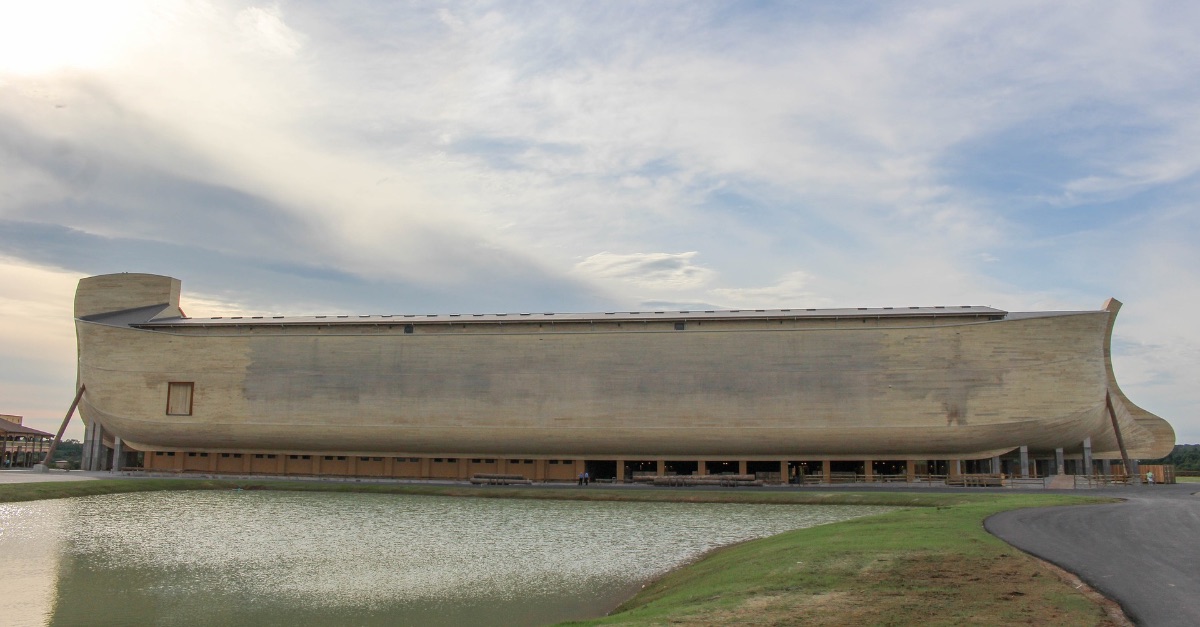 The Ark Encounter in Williamstown, Kentucky is transporting visitors to the time of Noah’s Ark with a new virtual simulation attraction.

The $3 million virtual reality experience, “The Truth Traveler,” takes visitors on a tour called “A Flood of Reality,” Faithwire reports.

Guests wear VR headsets with headphones and sit in special effects motion seats that vibrate, move and interact with them.

Visitors are able to see Noah and his crew build the ark, watch as animals board the ship and see the flood begin. Then visitors “ride” the Ark as it floats in the floodwaters and finally land and rest on the mountains of Ararat.

“I’m excited about this fantastic high-tech VR addition. As people have come to expect at the Ark Encounter, the bar of excellence is set extremely high, as it is again with this experience,” said Ken Ham, CEO and founder of Answers in Genesis, the organization behind the Ark Encounter.

“This 4K VR experience is like no other. While its quality of production and immersive feel are what you would expect from Walt Disney World or Universal Studios, the message is different. ‘A Flood of Reality’ presents Noah’s Ark and the Flood as factual history and reinforces the truth of the Bible.”

More than a million people have visited the Ark Encounter since it opened in 2016. The ark replica has three decks of exhibits and is built to the dimensions detailed in the Bible.

According to its website, the Ark Encounter and its sister museum, the Creation Museum, are following COVID-19 safety procedures, such as temperature checks of employees, extra cleaning and masks.

“Having been shut down for nearly three months, and with all that’s happened across the nation, we weren’t sure what to expect for the first several weeks,” Ham said. “But we have been pleasantly surprised by the strong attendance, as have local hotels, B&Bs, and restaurants. Our attractions continue to have a significant economic impact on the region, as recognized this month by receiving the Community Award from the Northern Kentucky Chamber of Commerce.”