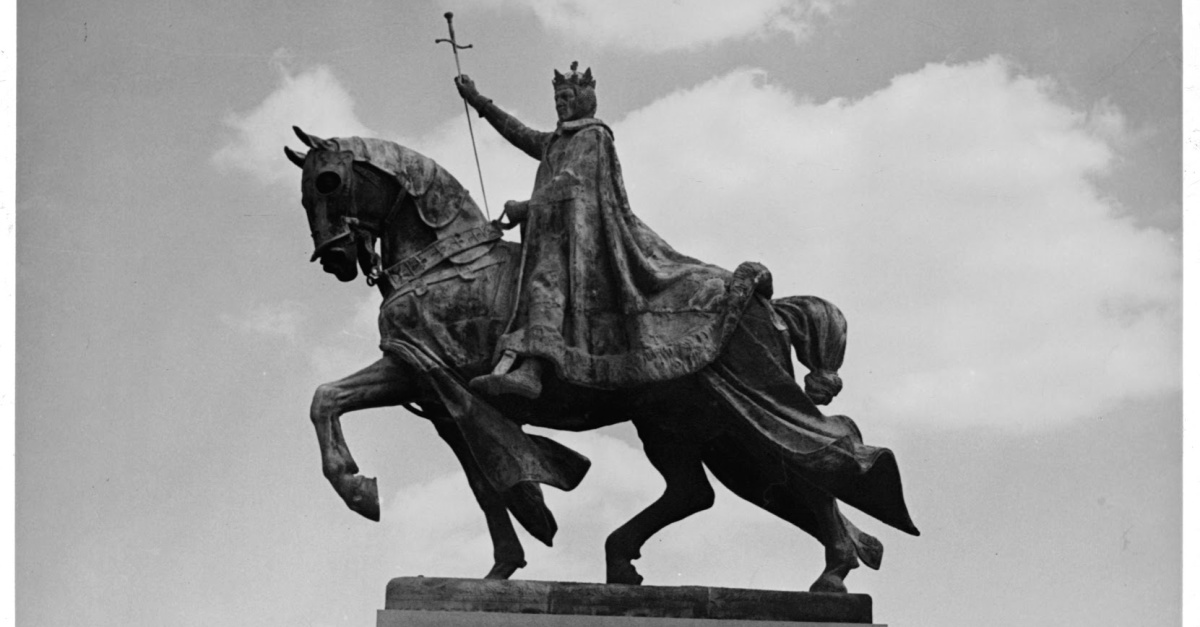 The Archdiocese of St. Louis in Missouri is trying to protect a statue of King Louis IX of France as protesters call for its removal.

The statue, which stands in front of the St. Louis Art Museum in Forest Park, Missouri, depicts King Louis IX riding a horse.

“The history of the statue of St. Louis, the King is one founded in piety and reverence before God, and for non-believers, respect for one’s neighbor,” the archdiocese said in a statement on Sunday, the Christian Post reports. “The reforms that St. Louis implemented in French government focused on impartial justice, protecting the rights of his subjects, steep penalties for royal officials abusing power, and a series of initiatives to help the poor.”

Protestors, however, say the statue should be taken down because of the king’s history of persecuting Jews. Demonstrators have started a change.org petition asking for the statue’s removal and calling for the city to change its name from St. Louis.

“In 2017 St. Louis removed the Confederate Monument in Forest Park after protests. In 2020 the statue of Christopher Columbus was removed from Tower Grove Park. It is now time for St. Louis to take the bold step to remove the statue of King Louis IX from Forest Park and rename the city,” the petition says.

“For those unfamiliar with King Louis IX, he was a rabid anti-semite who spearheaded many persecutions against the Jewish people. Centuries later Nazi Germany gained inspiration and ideas from Louis IX as they embarked on a campaign of murderous genocide against the Jewish people. Louis IX was also vehemently Islamophobic and led a murderous crusade against Muslims which ultimately cost him his life.”

During his reign, Louis IX ordered the destruction of 12,000 manuscript copies of the Talmud and other Jewish books.

The Catholic archdiocese in St. Louis, however, says St. Louis was a saint who loved and obeyed God and worked to help the poor. Louis IX is the only king of France to be canonized in the Catholic Church.

According to the statement from the St. Louis Archdiocese, “[Louis IX’s] daily suppers were shared with numerous beggars, whom he invited to the royal table. On many evenings, he would not let them leave before he washed their feet. He personally paid to feed more than 100 poor Parisians every day. His care for the sick was equally moving; St. Louis frequently ministered to lepers. He also created a number of hospitals, including one for the blind and another for ex-prostitutes.

“For Catholics, St. Louis is an example of an imperfect man who strived to live a life modeled after the life of Jesus Christ. For St. Louisans, he is a model for how we should care for our fellow citizen, and a namesake with whom we should be proud to identify.”