Another London Attack: 1 Dead after Vehicle Plows into Crowd outside Mosque 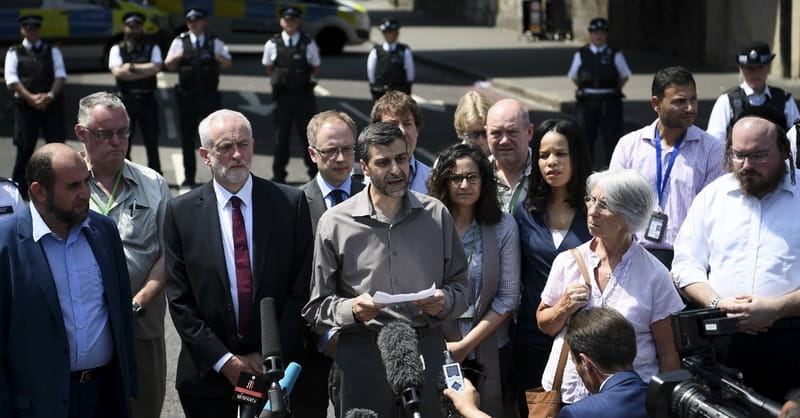 Another London Attack: 1 Dead after Vehicle Plows into Crowd outside Mosque

The city of London has suffered yet another terror attack. One person is reportedly dead and at least 10 are injured after a driver of a van plowed into people after they were leaving a time of worship at a north London mosque.

The attack occurred early Monday morning as UK Muslims exited the Finsbury Park Mosque. USA Today reports that, after the 9/11 terror attack, the mosque had possible extremist ties, but has since been reorganized and has had no ties to possible Islamic extremism for at least 10 years.

Witnesses to the scene confirmed that the attack was deliberate: "It was not an accident," said Boubou Sougou. "I saw everything. People were badly injured. The van driver tried to escape but people grabbed him. He did not say anything.”

Another witness added that people were “shouting and screaming” as the vehicle plowed into the crowd.

London’s Metropolitan Police reported that they were dealing with a “major Incident,” and the Muslim Council of Britain tweeted, "We have been informed that a van has run over worshipers as they left #FinsburyPark Mosque. Our prayers are with the victims."

The perpetrator has been apprehended by police.

Britain has been on high alert in recent weeks as terror attacks have followed each other in close succession.

"This was an attack on Muslims near their place of worship and, like all terrorism in whatever form, it shares the same fundamental goal. It seeks to drive us apart and to break the precious bonds of solidarity and citizenship which we share in this country. We will not let this happen."

Photo: Labour leader Jeremy Corbyn (C-L) looks on as community and religious leaders speak at the scene of a terror attack in Finsbury Park in the early hours of this morning, on June 19, 2017 in London, England. Worshippers were struck by a hired van as they were leaving Finsbury Park mosque in North London after Ramadan prayers. One person was killed in the terror attack with a further 10 people injured.