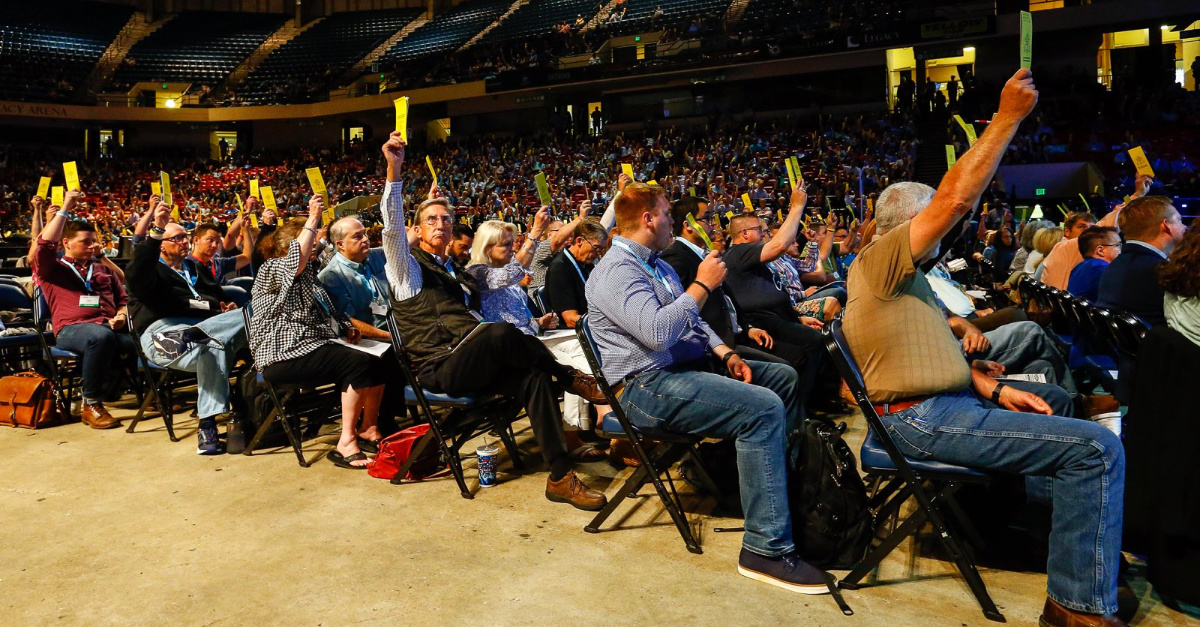 (RNS) — Leaders of the Southern Baptist Convention, the nation’s largest Protestant group, have canceled the denomination’s annual meeting due to the spread of the coronavirus.

The last time the SBC annual meeting was canceled was 1945, during World War II, when the United States government banned meetings of groups larger than 50 people.

Ronnie Floyd, president and CEO of the SBC Executive Committee, described the cancellation as “heartbreaking” but said, “The reality around us nationally and globally cannot be ignored.”

Just last week, the United Methodist Church announced it was postponing its 2020 General Conference, where delegates were expected to take up legislation to split the denomination.

The coronavirus pandemic has prompted multiple religious faiths to cancel in-person services and move to online services in an effort to stop the spread of the disease which has infected more than 44,000 Americans and led to more than 500 deaths.

In addition, states including California, Maryland, Illinois and Washington have declared stay-at-home or shutdown orders. And President Trump advised all Americans to avoid groups of more than 10 and urged older people to stay at home.

A total of 17 SBC leaders were involved in making the decision, including members of the executive committee, elected officers, seminary presidents and heads of LifeWay, the publishing arm, and GuideStone, the denomination’s retirement and financial resources group.

As a result of the cancellation, SBC officers will remain in office until their successors are elected at the next annual meeting. That means J.D. Greear, president of the Southern Baptist Convention, who is completing his second and final term, will stay on for one additional year.

“If that means that for the foreseeable future I have to continue to lead, even though that wasn’t in my plan, I trust that God will give me strength equal to the task,” said Greear, pastor of The Summit Church in Durham, North Carolina.

Members of many committees would remain in office, as well.

Greear said the decision to cancel was not only out of a concern for contagion from the coronavirus. It was as much a financial decision —  specifically a desire to minimize the cost associated with sending pastors and laypeople to the meeting.

At a time when many churches are not meeting in person, many are also experiencing a drop in giving. Canceling the meeting will allow them to put their stretched resources to better use, Greear said.

The agenda for the meeting had not yet been set, but many Southern Baptists expected the assembled delegates called "messengers" to continue to address the sexual abuse crisis that has roiled the convention over the past two years. Many also expected a discussion of the role of women in ministry following the announcement that a female pastor and spoken word artist was selected to perform at the Southern Baptist pastors conference, one day before the annual meeting.

An FAQ about the cancelation. was published to the denomination's website.