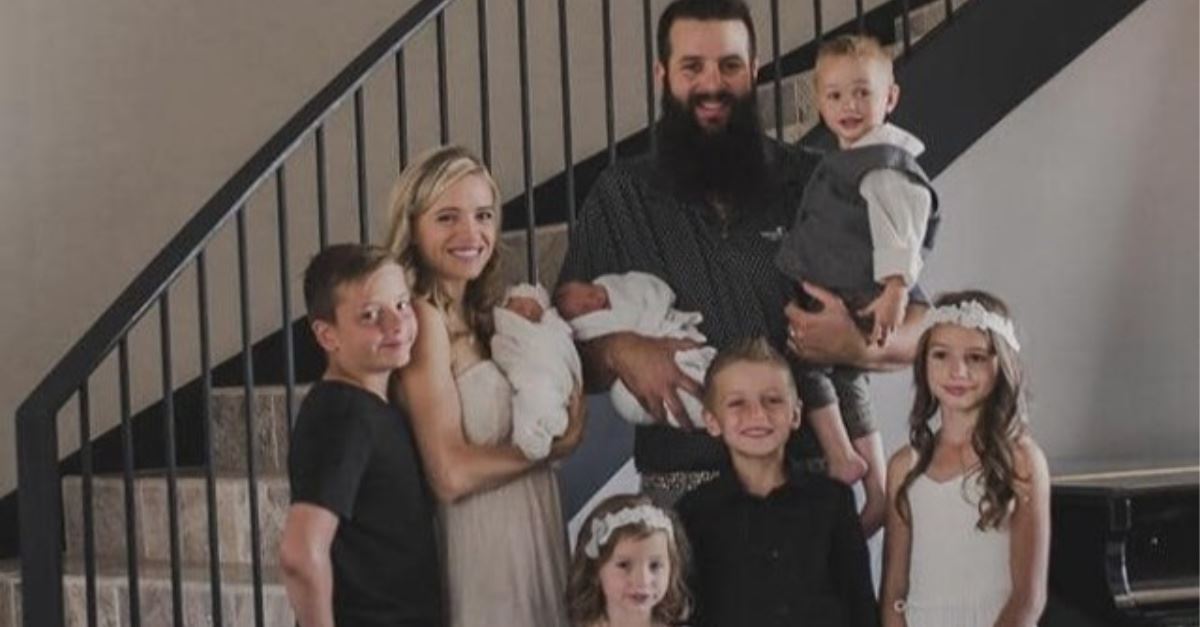 While traveling through Mexico to meet with family on Monday, three American mothers and their fourteen children were ambushed by hitmen believed to be connected to the Mexican cartel.

Reportedly, Rhonita Miller was heading to Phoenix, Arizona to retrieve her husband from the airport and Christina and Dawna Langford were heading to Chihuahua to visit with family when they came under fire.

The ambush, which occurred just miles away from the U.S.-Mexico border, left all three mothers and six of their children dead, the Christian Post reports.

According to Reuters, the victims, who are from a prominent Mormon family, are believed to have been used as bait in a “territorial dispute” between the Sinaloa Cartel and a rival gang.

Reportedly, the first vehicle carrying mother of seven Rhonita Miller and four of her kids – eight-month-old babies, Titus and Tiana Miller; ten-year-old Krystal Miller and twelve-year-old Howard Miller – took on heavy fire eventually causing the car to catch fire. All five of them, trapped in the burning vehicle, perished.

Ten miles ahead, Christina Marie Langford Johnson and Dawna Langford were driving in two separate vehicles when they, too, took on fire. With Christina was her baby Faith Johnson and with Dawna were nine children.

According to a statement released by family member Kendra Lee Miller, “They both were fired upon from ahead and Christina jumped out waving her arms to let the attackers know that it was women and children in the vehicles.”

Despite her efforts, the attack continued and Christina, 31, was shot and killed.

Attackers then continued to fire on the group also killing Dawna, 43, Trevor Harvey Langford, 11 and Rogan Jay Langford, 2. The other seven children riding in Dawna’s car managed to escape the attack and run into the mountains.

“After witnessing his mother and brothers being shot dead, Dawna's son Devin hid his 6 other siblings in the bushes and covered them with branches to keep them safe while he went for help,’ Kendra wrote in the statement.

According to USA Today, 13-year-old Devin Langford walked 14 miles to La Mora to get help for his family.

“When he took too long to return, his 9-year-old sister left the remaining five to try again. Devin arrived in La Mora at 5:30 pm, 6 hours after the ambush, giving the first news anyone had heard of his and Christina's families," the statement continued.

Once the news broke, Devin's uncles jumped into action in search of the hidden children, many of whom were injured.

“They didn't get far before realizing they would be risking death, since there had been continual shooting for hours, all over the mountains near La Mora. The group of men waited a while for reinforcements, and around 7:30, found the hidden children.”

The group also found 7-month-old Faith alive in her car seat on the floor of her mother’s vehicle. She was untouched.

A few hours later, they would also find 9-year-old McKenzie Rayne Langford whom was labeled as “missing” after she separated from the group to find help when Devin had not returned after a significant period of time.

USA Today reports that the children were on their own for around 6 and a half hours before help arrived.

President Trump released a statement on Twitter following the murders urging Mexico to work with the U.S. to eliminate the cartels. He wrote, “A wonderful family and friends from Utah got caught between two vicious drug cartels, who were shooting at each other, with the result being many great American people killed, including young children, and some missing. If Mexico needs or requests help in cleaning out these monsters, the United States stands ready, willing & able to get involved and do the job quickly and effectively.”

He added, “The great new President of Mexico has made this a big issue, but the cartels have become so large and powerful that you sometimes need an army to defeat an army!”

....monsters, the United States stands ready, willing & able to get involved and do the job quickly and effectively. The great new President of Mexico has made this a big issue, but the cartels have become so large and powerful that you sometimes need an army to defeat an army!

According to USA Today, a suspect believed to be connected to the massacre has been arrested in Mexico.