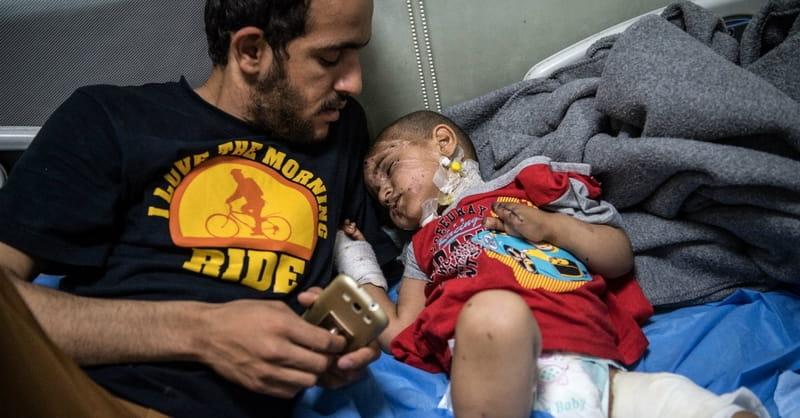 In two weeks time, the Islamic State terrorist group has killed at least 231 civilians, including children who were trying to flee the city of Mosul, Iraq.

Reports say that some 163 people were shot dead near a Pepsi factory last week, while another 27 people were killed while trying to run away from extremists just days before that. Over the weekend, 41 civilians were also killed.

"Shooting children as they try to run to safety with their families — there are no words of condemnation strong enough for such despicable acts," U.N. High Commissioner for Human Rights Zeid Raad al-Hussein said.

"I call on the Iraqi authorities to ensure that those who are responsible for these horrors are held accountable and brought to justice in line with international human rights laws and standards. The victims of such terrible crimes must not be forgotten."

UNICEF has reported that there could be up to 100,000 children trapped in Mosul, and that those children are being used as human shields.

"We are receiving alarming reports of civilians including several children being killed in west Mosul. Some were reportedly killed as they desperately tried to flee the fighting which is intensifying by the hour," UNICEF's representative in Iraq, Peter Hawkins, said in a statement Monday.

"Children's lives are on the line. Children are being killed, injured and used as human shields. Children are experiencing and witnessing terrible violence that no human being should ever witness. In some cases, they have been forced to participate in the fighting and violence."

Also, while violence and fighting rage on in Mosul, a female suicide bomber detonated a bomb in an Iraqi town south of Baghdad. The blast killed 30 and wounded 35 others, according to SRNNews.com.

Photo: Hadi Talib comforts his neighbour's child, three year old Eslam Ahmad, who, along with his mother and father, received serious injuries after an improved explosive device (IED) hidden in a crate detonated near him in Mosul on April 17, 2017 in Erbil Emergency Hospital in Erbil, Iraq. Large numbers of people who have been injured in ongoing fighting between Iraqi government forces and Islamic State in Mosul are receiving treatment in a number of hospitals in nearby Erbil where doctors and nurses from around the world work to care for the victims of war.