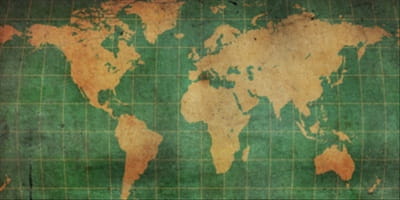 (RNS) -- Religious minorities continue to suffer loss of their rights across the globe, the State Department reported Monday (July 30), with a rise in blasphemy laws and restrictions on faith practices.

Almost half of the world's governments "either abuse religious minorities or did not intervene in cases of societal abuse," said Ambassador-at-Large Suzan Johnson Cook at a State Department briefing on the 2011 International Religious Freedom Report.

"It takes all of us -- governments, faith communities, civil society working together to ensure that all people have the right to believe or not to believe," she said.

Christians in Egypt, Tibetan Buddhists in China and Baha'is in Iran are among those without religious rights, the report states.

In Pakistan, Saudi Arabia and Indonesia, people have been killed, imprisoned or detained because they violated or criticized blasphemy laws. In Indonesia, a Christian was sentenced to prison for five years for distributing books that were considered "offensive to Islam."

These statutes, the U.S. government says, silence people in countries that claim to be "protecting religion."

The report highlighted the plight of religious minorities in countries that have been in political transition, especially Egypt, which it said has failed to halt increasing violence against Coptic Christians.

"Government officials have not been held accountable for their actions, and there were indications in early 2012 of mounting Coptic emigration," the State Department report noted.

Iran, one of eight nations designated by the State Department as "countries of particular concern," was criticized for deterioration of an already "egregious" state of religious freedom. Christian pastor Youcef Nadarkhani -- who has garnered support from U.S. Christians -- remains in jail and faces possible execution, while seven Baha'i leaders' sentences were returned to their original 20 years after they were reduced to 10 in 2010.

"The self-immolation of over 40 Tibetans to protest Chinese policies continue to demonstrate their desperation," Johnson Cook said.

Katrina Lantos Swett, chair of the U.S. Commission on International Religious Freedom, called the State Department report "commendable" but said the department still must convince policymakers that religious freedom should be a "moral imperative."

"The other challenge is convincing foreign governments to make needed improvements," she said.

In several countries, the department noted a rise in anti-Semitism, from Holocaust-denying websites sanctioned by Iran to an openly anti-Semitic party in Hungary.

Despite numerous examples of diminished religious rights, the State Department said there has been improvement in some countries.

"Even as this report documents abuses of religious freedom, the events of 2011 show that change is possible," the reports summary states, "and suggests that countries whose constitution, laws, policies, and practices protect religious freedom and human rights will be the most vibrant and stable."